Why Agtech Businesses Around The Globe Are Moving To Indiana 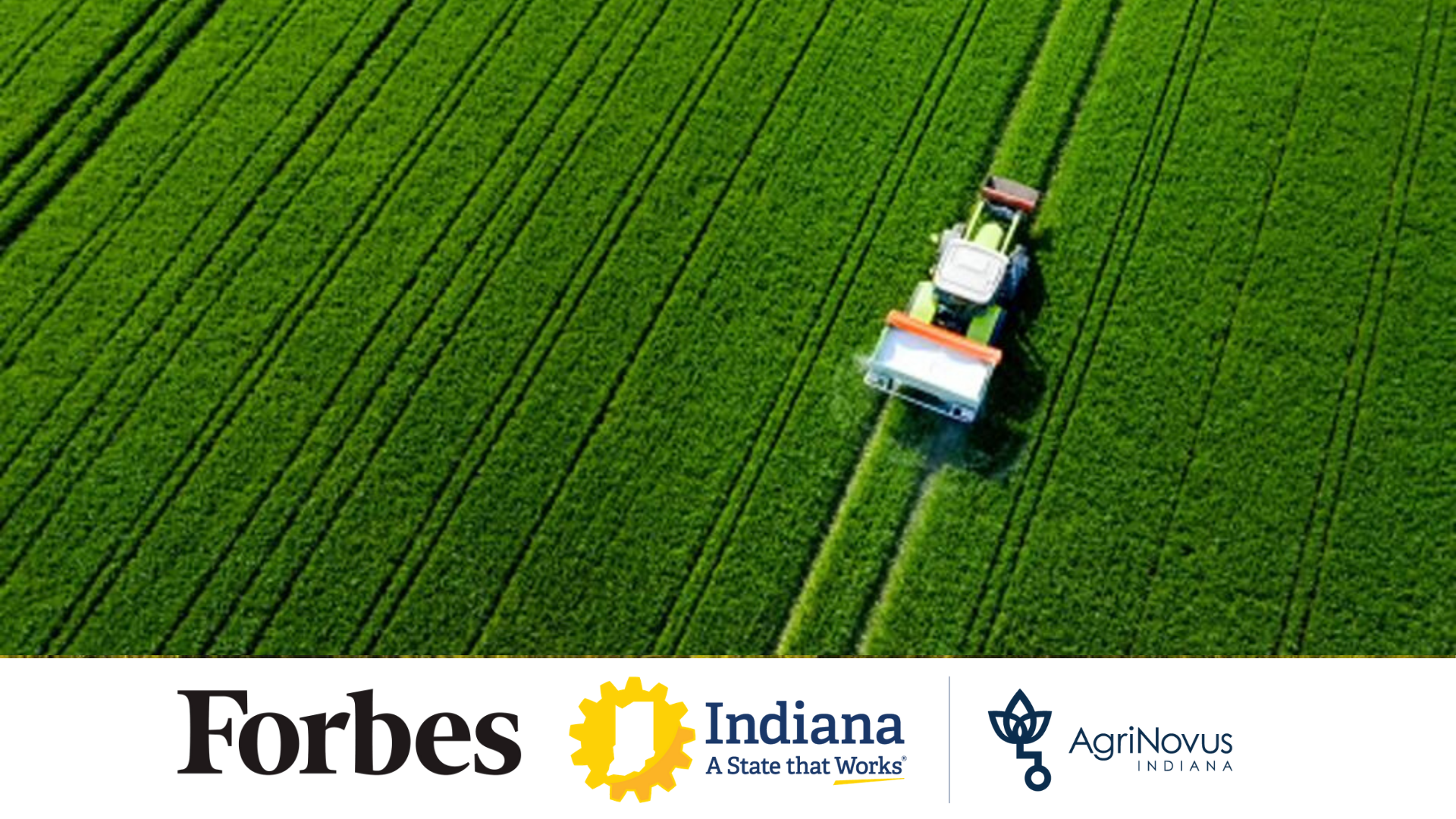 When Rodrigo Iafelice dos Santos, CEO of Brazil-based agriculture technology firm Solinftec, first came to Indiana he was surprised by what he found.

Sure, he expected to be in the heart of the nation’s farming industry—Indiana is home to over 56,000 farming operations on more than 15 million acres of farmland. But given that fact, he was anticipating facing a fairly competitive vibe as an outsider.

“The open-mindedness and the humbleness you find in Indiana as well as the business-oriented mindset is something that’s really amazing,” said dos Santos in November at the 2019 Agbioscience Innovation Summit in Indianapolis. “People were so welcoming.”

Solinftec felt so welcomed, in fact, that the company is moving its global headquarters to West Lafayette, Indiana. The decision to relocate to, and invest in, the Hoosier State is one a growing number of businesses are making.

“The Indiana agbioscience space is growing from within,” said Gerry Dick, president of Grow INdiana Media Ventures, LLC. “But new companies are also moving into the space.”

At the Agbioscience Innovation Summit, Dick, dos Santos and Susan Martino-Catt of Inari Agriculture, a Cambridge-based business that recently expanded into West Lafayette, sat down to discuss exactly why Indiana is becoming the top choice for growing agbioscience businesses.

Solinftec first expanded into Indiana’s Purdue Research Park in 2018 with plans to invest $50.6 million in the new location. It took only a year to decide that the company’s global headquarters would follow, bringing with it 90 jobs in 2020 and plans to create more than 300 jobs by 2023.

“I’ve done business in over 60 countries, and I’m very much amazed with Indiana,” said dos Santos. “One of the reasons we picked this state to have our operations based is the people.”

It’s not just that the culture was welcoming. Dos Santos was impressed to find multiple, organized economic development efforts ready to help integrate them into the local business community and beyond.

“AgriNovus Indiana [the state’s agbioscience economic development organization] has introduced us to the two senators of Indiana,” said dos Santos. “That’s the kind of support you get at this place. That’s very rare to find anywhere on the planet.”

Though Martino-Catt was raised in Indiana, she was equally impressed when she returned decades later with Inari Agriculture. “AgriNovus is helping us make connections, and they’ve helped us understand what’s available to us here.”

One of the main draws for agbioscience companies to move to Indiana is the talent.

“The talent pool is here, and we’re able to draw from not only Purdue, but universities throughout the state of Indiana,” said Martino-Catt. “I’ve really been impressed with the quality of candidates we’ve been able to attract. We’ve hired a range of roles, from scientist to HR to IT.”

Purdue University’s agriculture program ranks among the top in the world, Indiana University is ranked among the 40 public universities in the nation and Notre Dame is one of the top overall schools in the United States.

But Indiana’s 75,000-person agbioscience workforce didn’t happen from proximity to these excellent schools alone. In 2016, AgriNovus commissioned a comprehensive talent and workforce study and then developed a talent plan. The agbioscience talent in Indiana is grown, nurtured and developed systematically. And the Indiana Economic Development Corporation’s (IEDC) workforce programs, including EB-5 Targeted Employment Areas and the Regional Cities Initiative, help employers attract and retain talent in the state.

“AgriNovus has, in really short order, created excitement in this space of agbioscience in Indiana,” Dick said.

All of those bright, talented agricultural minds wound up in Indiana for a reason.

“I don’t know if you’ve been to Cambridge, but you don’t see corn and soybeans growing,” joked Martino-Catt about Inari’s hometown. “The proximity to that great, black, rich soil allows us to get out and test our products in the field and stay close to our customers.”

That natural resource is one reason there are more than 90,000 farmers in Indiana. And those farmers are customers for companies like Inari and Solinftec. That concentration of farms and farmers is matched by a network of resources that further support the growing agbioscience industry.

Both Inari and Solinftec are located at the Purdue Research Park, the nation’s largest university-affiliated incubation complex. And dos Santos says the ability to hop on a plane and fly anywhere in the world via Indianapolis International Airport is ideal for his global business.

The Center Of The Ag Universe

It’s no accident that Indiana is a national leader in agbioscience R&D. The state is home to three of the largest seed companies in the world, and is where, every year, $10 billion of crop and livestock products are sold and $4.6 billion in agricultural products are exported.

The IEDC, the state’s lead economic development agency, and AgriNovus Indiana, the state’s initiative dedicated to promoting and accelerating the growth of the agbiosciences community, are working together to ensure that Indiana is not only where agbioscience happens, but where people are getting excited about the industry.

“The thing that has most surprised me about coming back home [to Indiana] is that agriculture is so front and center,” said Martino-Catt of her return to the state with Inari after growing up on an Indiana farm. “It’s great to be a part of the buzz around agriculture. That passion now seems to be spread across the industry, which I never thought I’d see.”

With their companies’ recent moves, Martino-Catt and dos Santos join a growing community of agbioscience professionals who find themselves surprised, delighted and inspired by all the compelling reasons to grow their businesses in Indiana.