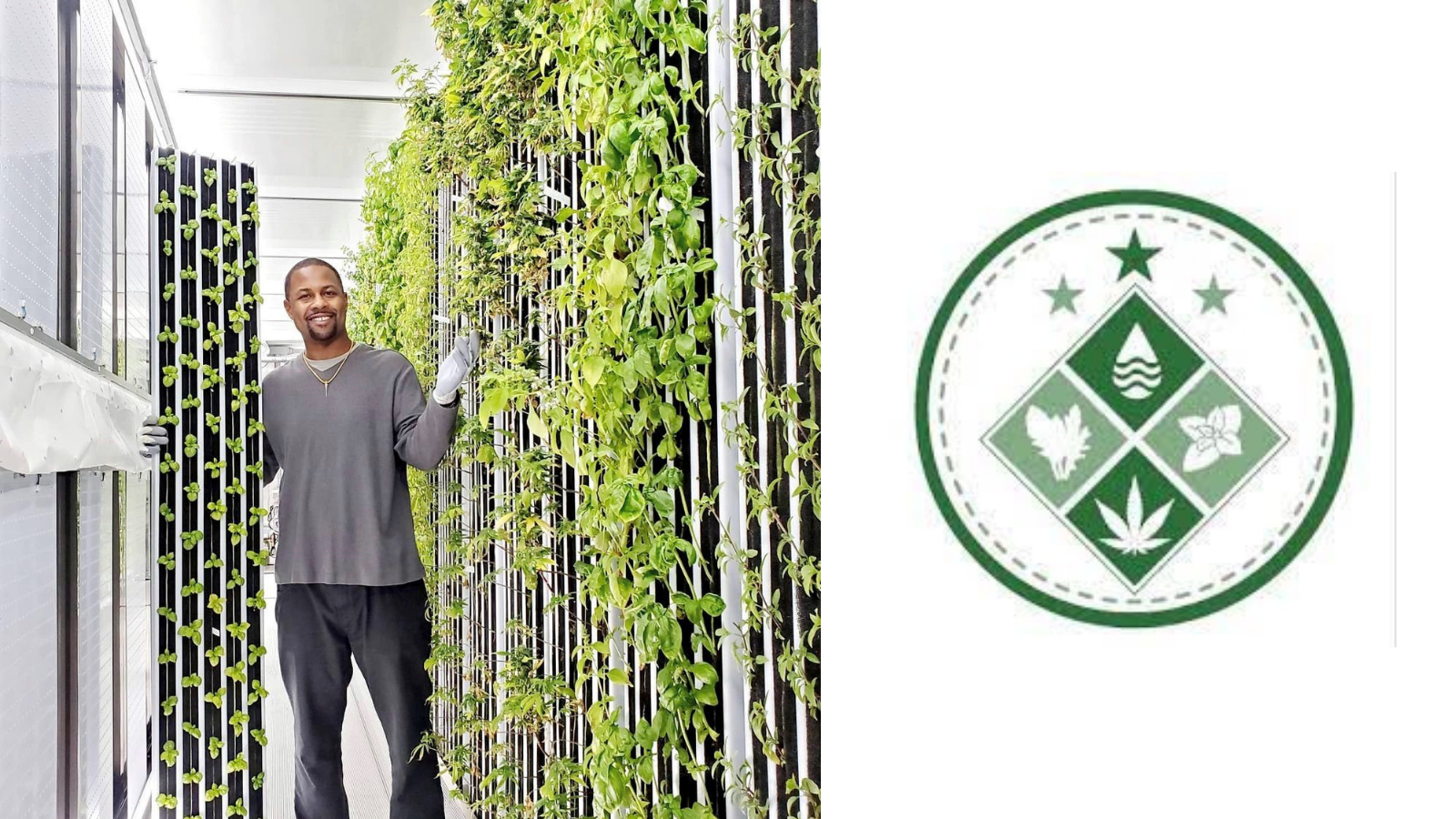 DeMario Vitalis sits in a 40-foot-by-10-foot container reflecting on his family’s past and his future—and the roots that tie them together.

The windowless container the size of a semitrailer sits on a former used-car lot on the distinctly urban near-east side.

It’s an odd place to find a farmer. But that’s exactly what Vitalis is, and he’s sitting in his new-age field of dreams.

The quarter-acre lot is one of a small handful Vitalis owns. The others have houses and serve as Airbnb rentals. As he pondered what to do with this vacant lot, his thoughts drifted back to his family’s distant past working Mississippi fields. Perhaps this empty lot could be a new kind of farm, and he could be a new kind of high-tech farmer.

After more than two years of planning and wrestling with the U.S. Department of Agriculture over a loan, Vitalis got his first container operational last August. He started his second container in February and has room for two more on the East Washington Street lot surrounded by a brewery, a diner and a Dairy Queen.

Vitalis, a descendant of cotton-plantation slaves and sharecroppers, can’t help but smile at the notion of owning a farm.

“My ancestors have been working the land for a very long time,” said Vitalis, a 42-year-old father of two daughters. “Owning my own farm is like a dream.”

But getting here wasn’t always dream-like. Vitalis initially applied for a $50,000 loan through the USDA. But the agency questioned his projections and his lack of farming experience.

The USDA denied that application.

Click here to read the full story in the IBJ.