The Bee Corp Expands Verifli’s Use in Blueberry Pollination Pilot 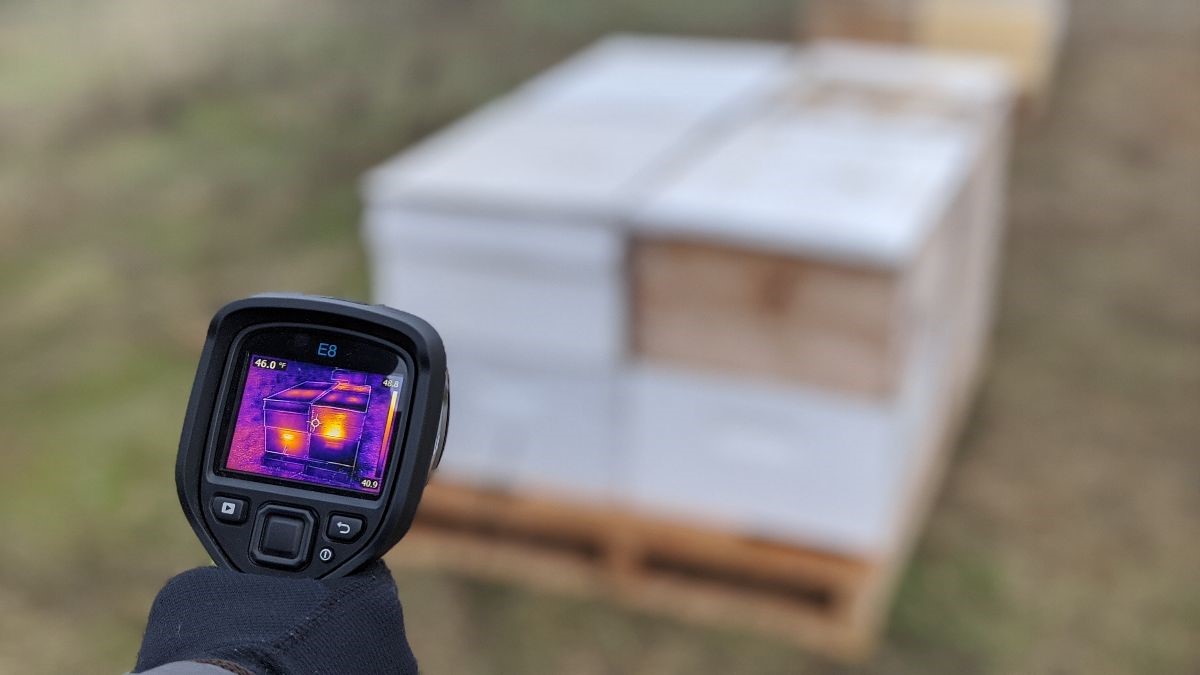 Isaacs leads MSU’s Berry Crops Entomology program and Pollination Ecology, focused on studying the biology and management of economically important insects in blueberries and other berry crops. Dr. Milbrath is a honey bee expert who studies how to improve their health and management. Based on initial testing, the team is encouraged by the potential of Verifli to improve crop pollination and honey bee management.

“Accurately measuring colony size is a challenge because we can’t see inside the hives,” Isaacs says. “In addition to being a slow and imprecise method, opening hives to visually estimate colony size is disruptive to the bees.”

Verifli delivers results by analyzing thermal data through infrared (IR) technology. With a single IR image of the hive exterior, Verifli uses the bees’ thermal signature to determine colony population. Since a hive’s pollination effectiveness is directly tied to colony size, growers who rent bees for pollination can use Verifli’s data to quickly determine whether their hives are strong enough to pollinate the crop.

“The ability to perform accurate, non-invasive colony measurements with the click of a button would be a significant development,” Goldstein says. “Verifli could become a tool for crop consultants, growers and beekeepers.”

Initially introduced in the highly pollination-dependent California almond industry, The Bee Corp has developed a solid foundation to take their learnings and research to other fields, starting with blueberries. With plans to expand into other crop pollination markets, The Bee Corp hopes this pilot study will showcase Verifli’s ability to grade hives accurately and efficiently.

“Since almonds rely on bee pollination more than any other crop, almond growers have invested substantially into researching how to optimize pollination,” says CEO of The Bee Corp, Ellie Symes. “We aim to translate the knowledge we’ve gained in almonds to growers of other crops that depend on bees, where pollination research and innovation are not as heavily funded.”

The Bee Corp’s goal is to demonstrate that Verifli provides an effective tool for blueberry growers during their critical pollination period. Entering a new industry, The Bee Corp looks forward to testing their service to compare data and adapt the platform to solve unique problems faced by growers of different pollination-dependent crops.

“We’re excited for this opportunity to introduce Verifli to more crop growers whose success relies on securing strong hives for pollination,” Symes continues. “Though they pay less per hive than almond growers, other growers who rent bees still deserve to know what they’re paying for.”

“This is one of several pilot studies we’re conducting this year to understand the challenges of expanding Verifli into new crops,” says Symes.

“We’re eager to introduce the value of IR hive grading to more growers who seek to optimize pollination.”