AgriNovus Indiana announces changes, additions to its Board of Directors 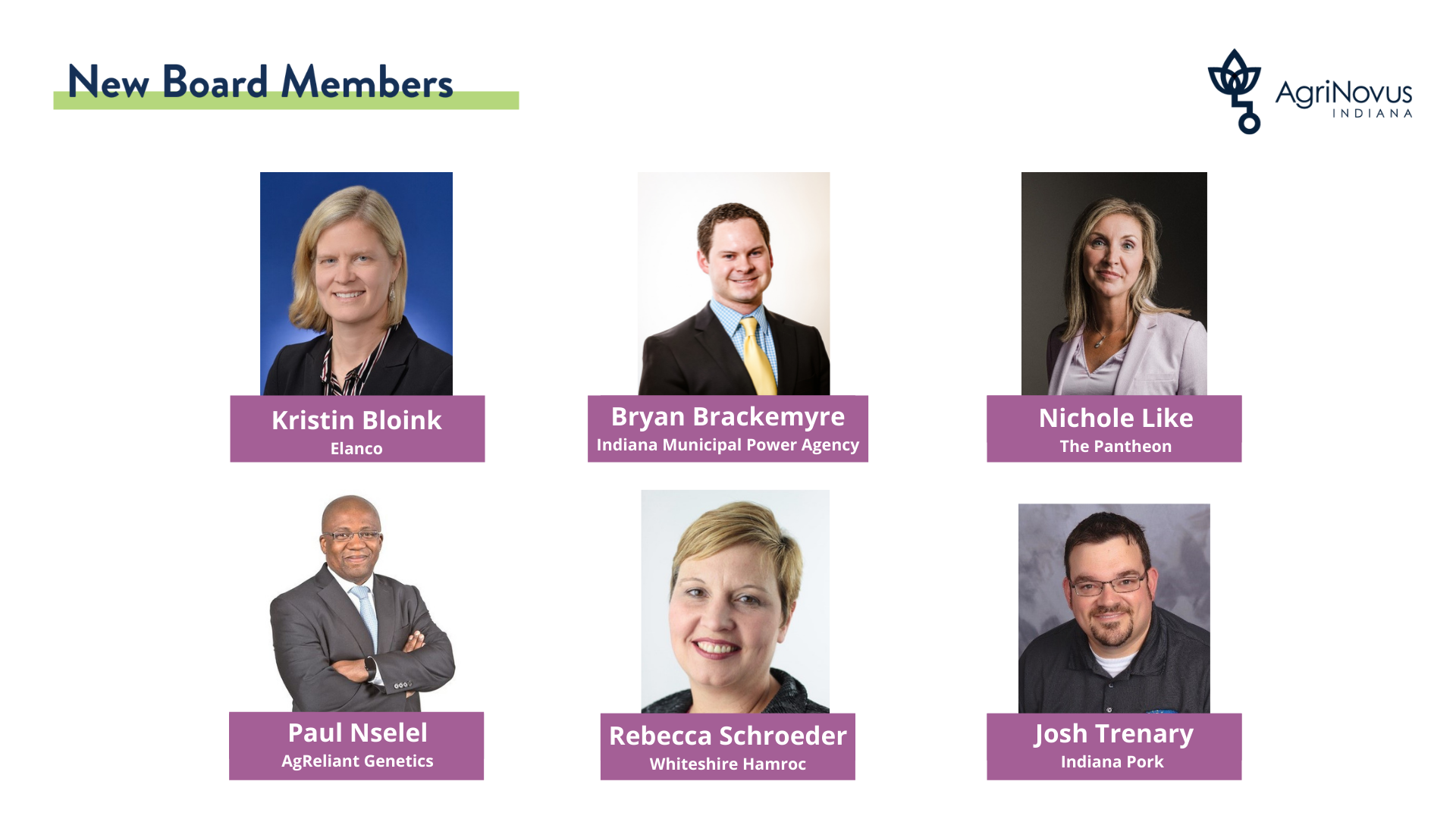 AgriNovus announced today several changes and additions to its board of directors.

The board unaminously approved the addition of Paul Nselel, CEO of AgReliant Genetics, to the board in addition to the seat change of Kristin Bloink, vice president of Global Product Development at Elanco.  Additionally, the organization’s Innovation Council was dissolved and members were integrated to board seats, including:

“AgriNovus has a bold ambition to fuel growth across Indiana’s agbioscience economy – from agtech and animal health to plant science and value-added food,” said Mitch Frazier, president and CEO of AgriNovus Indiana. “The leaders joining our board add even more strength and new perspectives to guide our work at such a critical time in the global food and agbioscience economy.”

Nselel currently serves as the CEO of AgReliant Genetics, presiding over the company’s three commercial brands across the United States and Canada: AgriGold, LG Seeds and PRIDE Seeds. He has spent over a decade in the seed industry, holding leadership positions across the globe for a Nasdaq traded Agrifood company and Ernst and Young’s agribusiness leadership team. Nselel holds a bachelor’s degree from Universite de Poitiers-France, a master’s degree in applied math from the Universite de Caen-France and a Master of Business Administration from the Wharton School at the University of Pennsylvania.

Bloink is the vice president of Global Product Development for Elanco, overseeing the advancement of all pipeline projects from proof-of-concept through approval, launch and lifecycle support. She also chairs the Elanco Foundation, a non-profit focused on food security and human animal bond initiatives globally, and the Elanco Women’s Network. Bloink has over 30 years of accomplishments in human clinical trials, animal drug discovery, translational model development and execution and human and veterinary clinical medical delivery in the private, academic as well as the military sectors. She holds a bachelor’s degree in Human Medicine from the University of Iowa, a Master of Public Health from the University of Michigan and Doctorate of Veterinary Medicine from Michigan State University. Bloink is a Diplomate of the American College of Veterinary Preventative Medicine.

Brackemyre is the vice president of Member Services for Indiana Municipal Power Agency, a wholesale power provider for 61 communities in Indiana and Ohio, overseeing economic development, marketing and communications and community relations. Previously, he served at Ernst and Young as well as executive director of the Boone County Economic Development Corporation where he was responsible for leading all business recruitment and retention activities. Brackemyre has a bachelor’s degree from the University of Indianapolis and a Master of Business Administration from the Indiana University Kelley School of Business.

Like is the president and CEO of The Pantheon, a new coworking space and business incubator in Vincennes. She previously served two terms on the Knox County Council. Like has a bachelor’s degree from the University of Illinois and a Master of Public Administration from Indiana University.

Schroeder is president of Whiteshire Hamroc, a swine breeding and genetics operation in Albion, and a founding board member of AgriNovus. She joined Whiteshire Hamroc in 1996 and has had the opportunity to learn all aspects of the business starting as a production employee and moving into management. Schroeder serves on Governor Holcomb’s Workforce Cabinet, Purdue University’s Animal Sciences Advisory Board and Ivy Tech Community College’s Ag Advisory Board. She received her bachelor’s degree in animal science from Purdue University where she has been named 2018 Distinguished Ag Alumnae and 2016 Animal Science Department’s Mid-Career Distinguished Alumnae.

Trenary is the executive director of Indiana Pork, an affiliate of the National Pork Board representing and supporting the 3,000 pork producers across the state. He previously worked in policy for the organization. Trenary is appointed to the National Pork Producers Council’s Environmental Policy Committee. He holds a bachelor’s degree from Purdue University.

These additions and changes to the AgriNovus Indiana board of directors brings total board membership to 32 leaders from industry, academia, community and government.

Meet our Board of Directors.