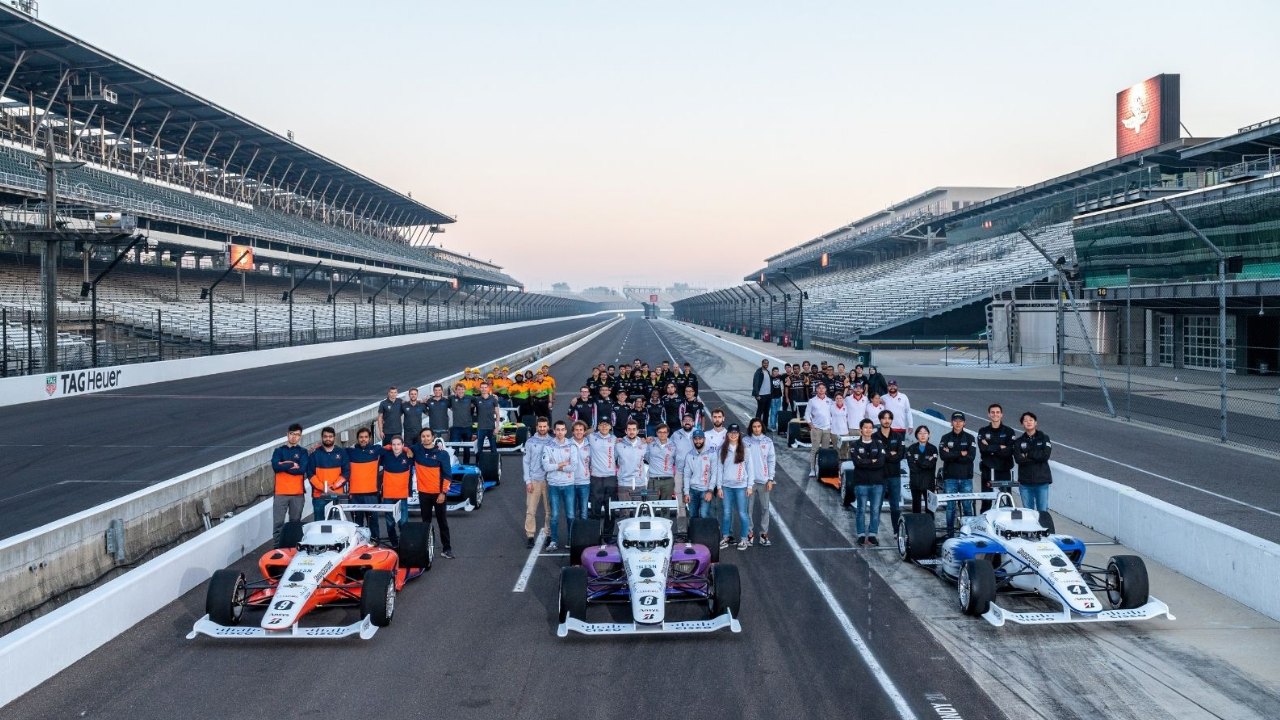 The Indy Autonomous Challenge Powered by Cisco (IAC), the first autonomous racecar competition at the famed Indianapolis Motor Speedway, is preparing for thousands of fans to attend. On October 23, 2021, 21 universities from 9 countries forming 9 teams will compete in this first-of-its kind competition. The teams will be competing for $1 million in prize money, which will be used to advance the education and research missions of the winning universities.

Organized by Energy Systems Network and the Indianapolis Motor Speedway, the primary goal of the IAC is to advance technology that can speed the commercialization of fully autonomous vehicles and deployments of advanced driver-assistance systems (ADAS). These enhancements will lead to increased safety and performance in motorsports as well as all modes of commercial transportation. In addition, the competition is a platform for students to excel in Science, Technology, Engineering and Math (STEM) and inspire the next generation of innovators.

Indianapolis-based Lilly Endowment Inc., one of the world’s largest philanthropic foundations, provided a grant to help Energy Systems Network develop the IAC and to fund the $1 million IAC prize purse. The Endowment is committed to advancing STEM education and to efforts to strengthen Indiana, including helping to attract to the state outstanding talent in advanced disciplines such as artificial intelligence (AI).

“The IAC would not be possible without the generous support of Lilly Endowment Inc. and the Indiana Economic Development Corporation, which have been committed partners since the beginning,” said Paul Mitchell, president and CEO of Energy Systems Network, and co-organizer of the IAC. “The prize money will go to the winning team’s universities supporting their efforts to further autonomous technology research and development. We know that the work being done by our IAC university teams, alongside some of the best companies in the world, will certainly lead to acceleration of Indiana’s AI and automation industries well into the future.”

The IAC is also announcing that Boston Dynamics’ agile mobile robot, SPOT, will serve as the official flag waver for the competition.

In addition, hundreds of high school STEM students, the next generation of innovators, representing more than 50 urban, rural and suburban school districts across Indiana, will be in attendance. Beyond networking with world-class innovators, high school students attending the event can receive assistance completing their FAFSA and can engage with Indiana’s CollegeChoice 529 plan.

Hosted by the Indiana Economic Development Corporation and co-sponsored by Luminar, the Autonomous Innovation Summit will include sessions on the self-driving industry including accelerating commercialization, developing ideas and talent, and fostering innovation by bringing together top leaders from academia, industry and government.

Indiana Governor Eric J. Holcomb, US Senator Todd Young and US Deputy Secretary of Commerce Don Graves are among the speakers and panelists at the Summit. Others include (in alphabetical order):

The invitation-only Summit will be filmed and available on the IAC website for public viewing at a later date.