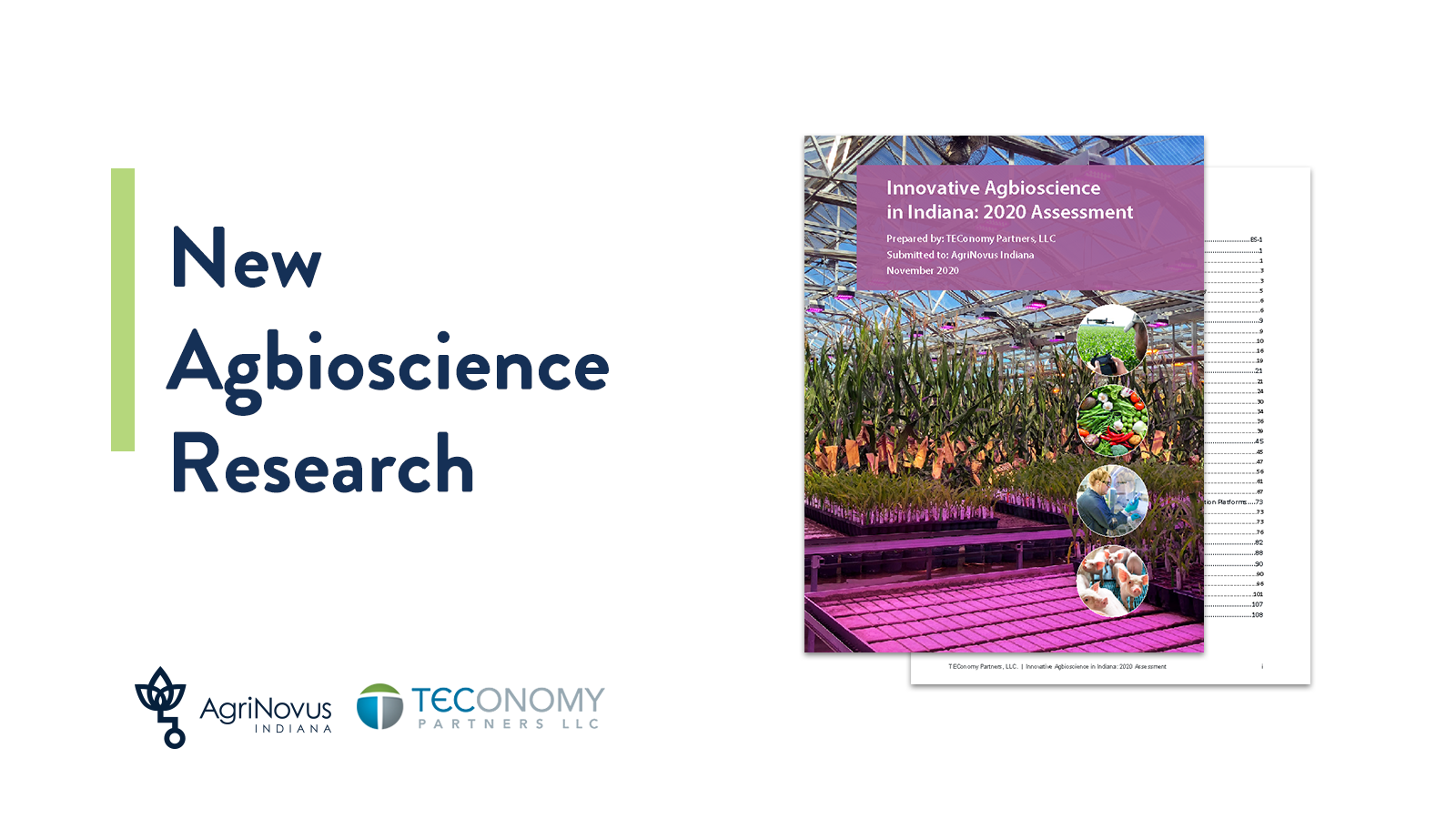 Conducted by TEConomy Partners, the study, Innovative Agbioscience in Indiana: 2020 Assessment, identified more than six percent growth in the industry from 2012 to 2018, with an average wage of $51,825, more than eight percent higher than the statewide average.

“Indiana’s agbioscience economy is thriving, generating growth in both economic output and average wages,” said Mitch Frazier, president and CEO of AgriNovus Indiana. “This study identifies Indiana’s tremendous strengths in operations and academia across food production, animal health, agtech and plant science and establishes a clear platform for us to take Indiana’s agbioscience economy to the next level.”

According to the study, Indiana’s agbioscience economy is driven by four innovation-based platforms, including:

“Noting the large-scale changes that have affected the agbiosciences globally, it is encouraging to see Indiana’s economic growth,” said Deborah Cummings, principal and senior director for TEConomy Partners. “Indiana should be encouraged by the progress and collaboration with partners across the state to continue on a growth trajectory into this new decade.”

The full study, Innovative Agbioscience in Indiana: 2020 Assessment, is available at www.AgriNovusIndiana.com.