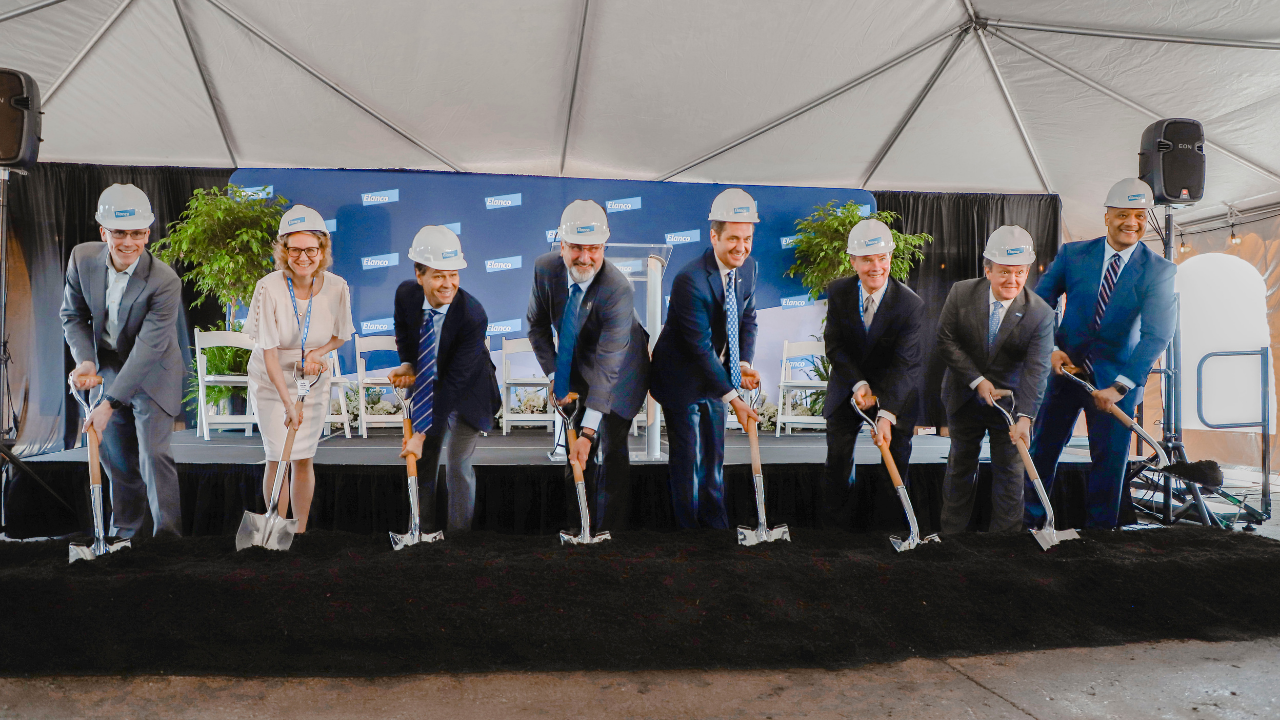 The company – which grew from a small division of Eli Lilly & Company to a $4.7 billion independent global animal health leader – plans to enter its seventh decade by breathing life into a long-idle site close to its birthplace.

“When we talk about the new headquarters, we’re talking about ‘building as a verb, not a noun,’” said Jeff Simmons, Elanco president and CEO. “We’re building Elanco’s next era of growth and innovation for one of the industry’s most trusted brands, we’re building paths to help connect Indianapolis’ historic west side with its center, and we’re building a vibrant destination for our nearly 10,000 global employees to collaborate, connect and invent. Finally, we believe Indianapolis is poised to become an epicenter of animal health innovation, and we’re excited to be among the architects building its foundation.”

Future-focused Design with the Environment and Community in Mind

The planned 220,000 square foot six-story office structure and connected innovation and collaboration buildings will occupy 40 acres of the former General Motors Stamping Plant site on the western edge of the White River, creating a greenspace-forward campus expanding White River State Park. The glass-faced building, once constructed, will add to the skyline of Indianapolis, pushing downtown west, connecting the Valley neighborhood with the Circle via a walkable, bikeable corridor with a park, a bus route, and enhanced trail system.

Influenced by new concepts of working post-pandemic, the campus is designed to create a more comfortable, casual work environment and serve as a destination for Elanco’s teams to collaborate with:

Elanco’s campus is also designed to serve as the foundation of a planned animal health epicenter in Indianapolis. Developed in collaboration with AgriNovus, the state of Indiana’s food and agriculture initiative, and business incubator High Alpha, the epicenter is expected to include venture studio development “makerspace” and create a scientific discovery network and research clearinghouse that will help position Indiana as a hub for animal health invention.

“Broad access to the world’s animals coupled with a laser focus on creating pathways for innovation is what we believe sets Elanco apart as a sought-after partner,” continued Simmons. “We’re building something significant that will make animals, the city and our world better, and we’re designing our new headquarters with those partnerships in mind.”

As announced in December 2020, costs associated with this new headquarters are expected to be offset by the competitive incentive packages offered by the State of Indiana and the City of Indianapolis. Construction on the facility is expected to commence in the coming months and take approximately two to three years to complete. The company looks forward to continued engagement with state, city and neighborhood officials to facilitate a positive transition for its employees and the surrounding areas.