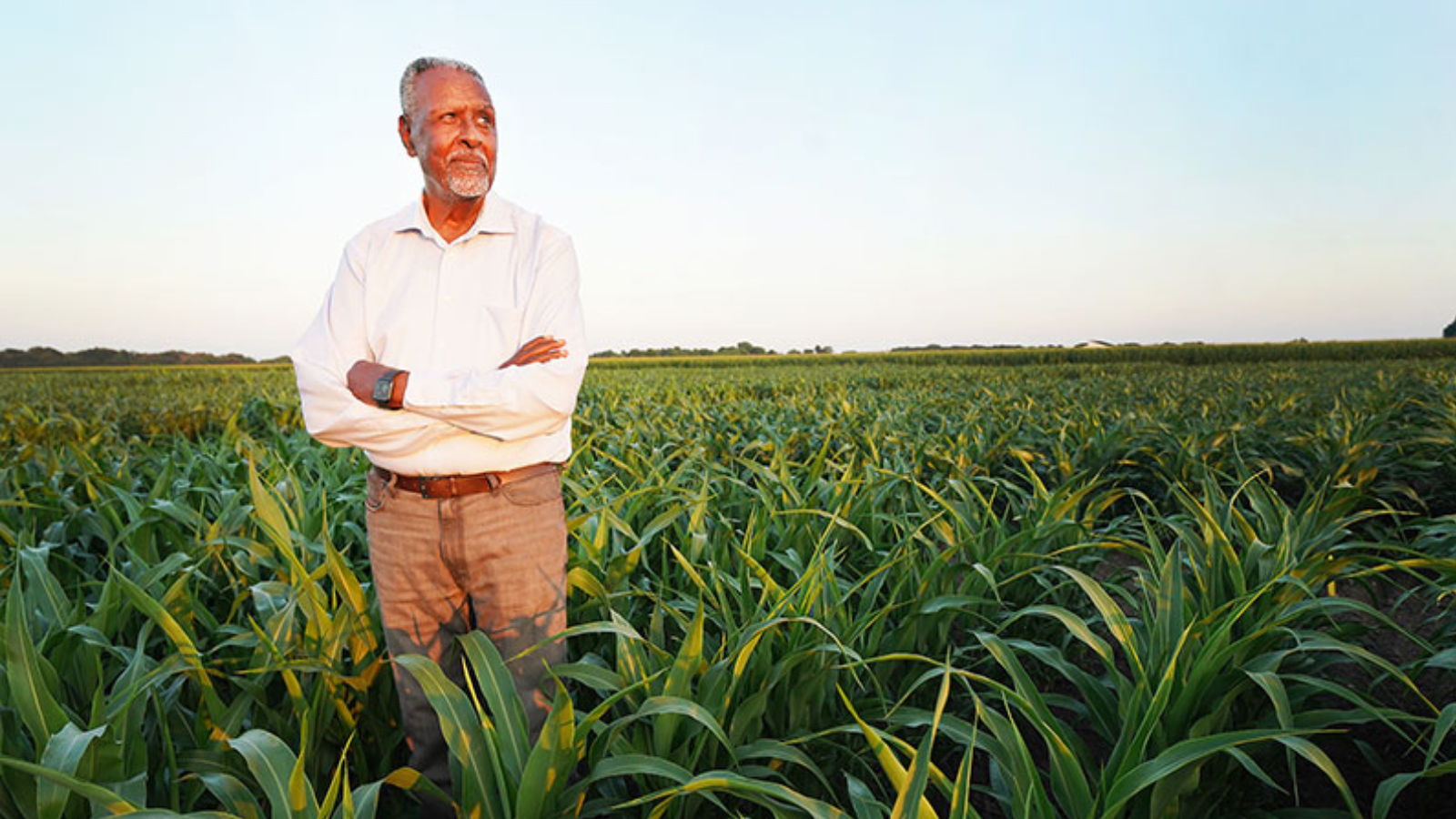 Ejeta, a World Food Prize laureate and distinguished professor of agronomy, is also executive director of the Purdue Center for Global Food Security. He has served at the highest advisory levels of science and national policy, including as special advisor to the administrator for the U.S. Agency for International Development, as science envoy of the U.S. State Department, and as a member of the National Academy of Sciences Board on Agriculture and Natural Resources. He also has been a member of the U.S. Board for International Food and Agricultural Development and the U.N. Secretary’s Scientific Advisory Board.

“Dr. Ejeta’s scholarly excellence and his immense impact in advancing agricultural science and sound policy for food security are internationally recognized,” Daniels said. “We hope this designation here at Purdue casts another bright light on his accomplishments and demonstrates the university’s commitment to his continuing work to improve global food security and its related causes.”

Jay Akridge, Purdue provost and executive vice president for academic affairs and diversity, and Theresa Mayer, executive vice president for research and partnerships, said Ejeta’s leadership in this role will significantly advance the university’s work to support sustainable global development with a focus on food and nutrition security. In this role, Ejeta will shape the university’s efforts in these areas and work to promote Purdue’s global food security agenda with federal agencies, foundations and private entities to enhance competitiveness.

“Through his strategic leadership, Gebisa has directed the talent and resources from across the university’s wide expertise to develop lasting approaches on food insecurity,” Mayer said. “His successes have resulted not only in a growing global community but also in nurturing the leaders of tomorrow who will tackle our world’s evolving challenges.”

Ejeta will continue to help shape, and advocate for, food-security strategies through ongoing engagements with the U.S. Agency for International Development, the Rockefeller Foundation and the Bill and Melinda Gates Foundation, among other agencies. After 10 years as a member of the U.S. government’s Board for International Food and Agricultural Development, he continues to consult with its members. His ongoing involvement is likely to continue to have great impact due to the recent White House announcement of $8 billion in new initiatives in hunger, nutrition and health. The new plans include investments of $2.5 billion in startup companies that provide solutions to hunger and food insecurity.

In 2009 Ejeta was awarded the World Food Prize for his research in creating sorghum hybrids that are resistant to both severe drought and the destructive parasitic Striga weed. The resulting dramatic increase in sorghum production has helped to feed hundreds of millions of people in sub-Saharan Africa.

Ejeta experienced poverty and hardship as a child living in a one-room thatched hut in west-central Ethiopia. His mother, who was determined that he get an education, saw to it that he attended school in a nearby town. Ejeta would walk 12.5 miles to school on Sunday nights and walk home after school on Fridays.

His academic excellence earned him financial assistance for second-level school, where he graduated with distinction. He later received his bachelor’s degree in plant science from Alemaya College in eastern Ethiopia. His college mentor introduced him to Purdue professor and sorghum researcher John Axtell, who invited Ejeta to assist in his sorghum work. Ejeta would then earn his master’s and PhD in 1976 and 1978, respectively, and join the Purdue faculty. In 2011 Purdue launched the Center for Global Food Security with Ejeta at the helm to lead initiatives that respond directly to urgent global challenges, primarily meeting today’s global food needs and ensuring that strategies are in place to ward off future food insecurity as the world population grows and the climate changes.

For Ejeta, the Purdue University Presidential Fellowship represents both the university’s commitment to continue to advance an agenda of purpose-driven science and to him as a person and a professional.

“In this 21st century with all the advancements in knowledge and science we have achieved and in all the abundance of both natural and physical resources we have around the world, we still have hunger and poverty around the world, and the huge gap that exists between haves and have-nots is a sad commentary on humanity at large,” Ejeta said. “This commitment is to continue that struggle and fight both within our country here as well as internationally toward eradication of hunger and minimizing poverty.”

Ejeta will continue to lead the Center for Global Food Security, which was formerly aligned within Discovery Park District at Purdue and will now be situated within the College of Agriculture.

“As the Purdue College of Agriculture, we care deeply about global food insecurity and its impact on people and the environment,” said Karen Plaut, the Glenn W. Sample Dean of the College of Agriculture. “With Dr. Ejeta as the executive director of the center, we continue to be well positioned to bring together faculty and staff across the university to tackle this critical problem.”

The center will continue to take a comprehensive, holistic, transdisciplinary approach to its educational and research programs and to its mission to develop strategies and tools needed to address the causes and consequences of food insecurity worldwide. It will continue to mobilize its faculty and partners on critical questions arising from interactions of agricultural production and food systems with climate change, energy demand and supply, policy responses and population growth.